Note to Self: Be Brave 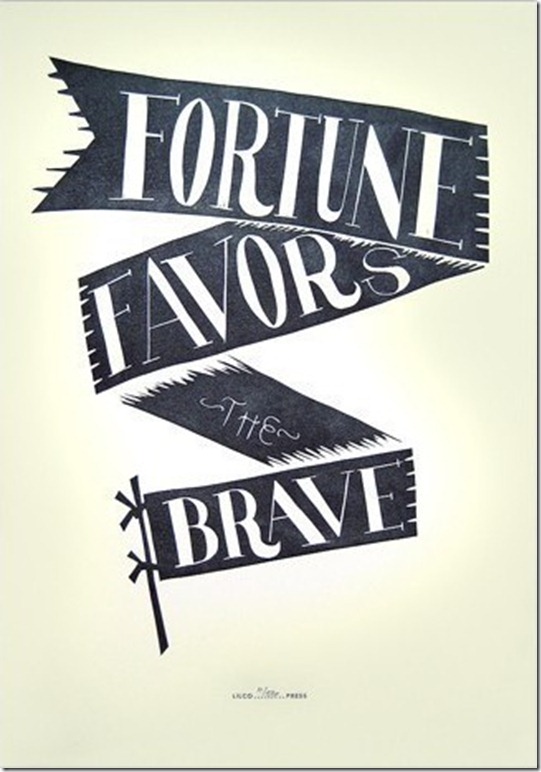 This one is for all the entrepreneurs out there. It takes lots of courage to step out on your own. I don’t know how many times people have said I should get a “regular” job so that my income will be consistent (who doesn’t want a steady paycheck, paid vacations and sick days, right?). Well, the office life isn’t for everyone. I have no interest in 40 for 40, and they way it’s looking these days, I don’t know how well that’ll work in the long run for ANYONE. I’m an entrepreneur at heart. It’s in my blood. I think I get it from my grandmother. This road isn’t an easy one, but it’s rewarding. So… Shout out to my fellow brave ones. (Image is a poster from the Lilco Letter Press Etsy Shop)

Posted by Nafeesa at 6:10 AM No comments:

Email ThisBlogThis!Share to TwitterShare to FacebookShare to Pinterest
Labels: encouragement, etsy, note to self

I’m an In the Streets Chick: Belvedere Intense Unfiltered Party

Let’s Have a Toast to The… 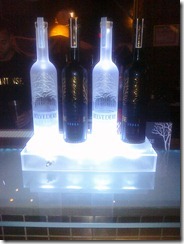 I think I may have somehow forgotten to mention this, but worked on the digital outreach for Belvedere Vodka’s “A Bartender’s Dream Job” Contest and the launch of the new Intense Unfiltered variety (never did see blog posts from certain bloggers- who attended the tasting AND got comp bottles, but I know that comes with the territory). They had two launch parties for Intense Unfiltered this week in New York- one on Monday or Tues (which I was unable to attend) and another last night. (Here I am with one of my fave Belvedere folks. Our pic was on Guest of a Guest.) 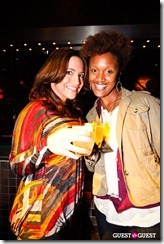 Intense Unfiltered is made using food-grade grains and formulated to maintain its flavor, so it’s perfect for consumption by itself (like a scotch or cognac), but it also works well in certain cocktails. The Intense Sunrise and Intense Gimlet were served at the party, and while I actually prefer Intense Unfiltered neat, the gimlet was my favorite of the two cocktail choices. (I somehow couldn’t make any of them last long enough to take a pic, but here’s one of the sunrise.) 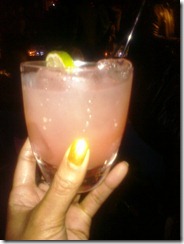 Intense Unfiltered is also 80 proof… that’s stronger than a lot of other vodkas, but it’s smooth enough that I think a lot of partygoers missed that point (especially a certain young lady who was clearly drunk very soon after the party started). However, a certain group of gents (Team Mancini) toasted and tippled with class all night. Cheers! 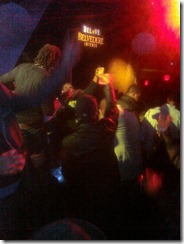 Note to Self: Keep Breathing 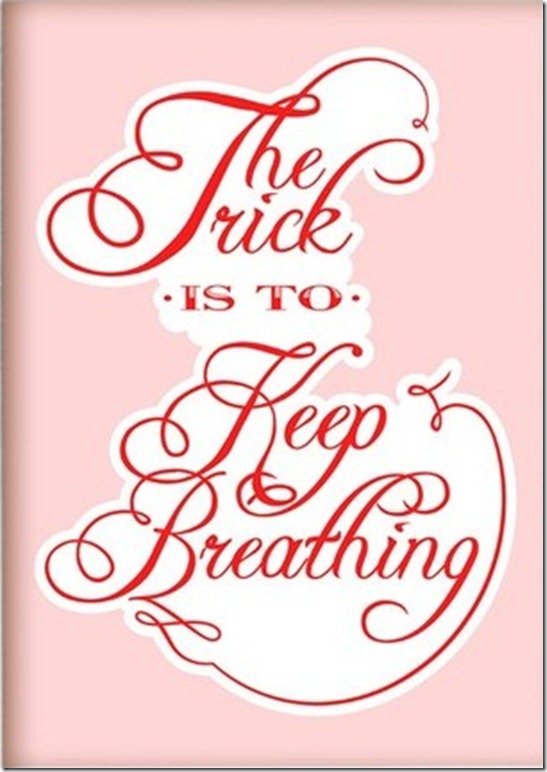 Things in my world get crazy, as I’m sure they do in yours. The economic climate has finally hit home. Literally. Sometimes you just have to remember to breathe. Breathe deeply, breathe deliberately. Inhale solutions and positivity, and exhale your troubles. Taking square breaths as I type. Know someone who’s having a rough time? Get them this poster (or another uplifting one) from Farouche’s Etsy Shop.

Posted by Nafeesa at 5:11 PM No comments: